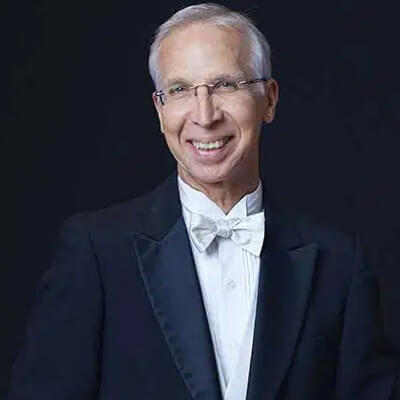 Brian Del Signore earned a Bachelor of Fine Arts from Carnegie Mellon University in 1981, where he studied with the Pittsburgh Symphony percussionists. In 1984, Del Signore earned a Master of Music from Temple University, where he studied with Alan Abel of the Philadelphia Orchestra. Brian joined the Houston Symphony as Principal Percussionist in 1986.

On May 1, 2021 from Houston’s Jones Hall, Brian Del Signore makes an extra-special Houston Symphony solo debut, performing the marimba movement from his own Percussion Concerto.

You Must Be Registered To Attend

In addition to his symphony and college work, Brian presents educational percussion programs in elementary schools and percussion clinics in high schools across the Houston area. Bridging this divide between secondary education, post secondary and professional worlds, Brian wants to share some of the things he has learned along the way. As a drummer who worked in a road band after high school; to starting college later in life (after auditioning only at Carnegie Mellon University); to meeting and being changed by some amazing college professors; and then producing his own music and performing with the Houston Symphony for over 30 years (and winning a Grammy® in the process) Brian is excited to share his journey with others who are about to start out on their own.